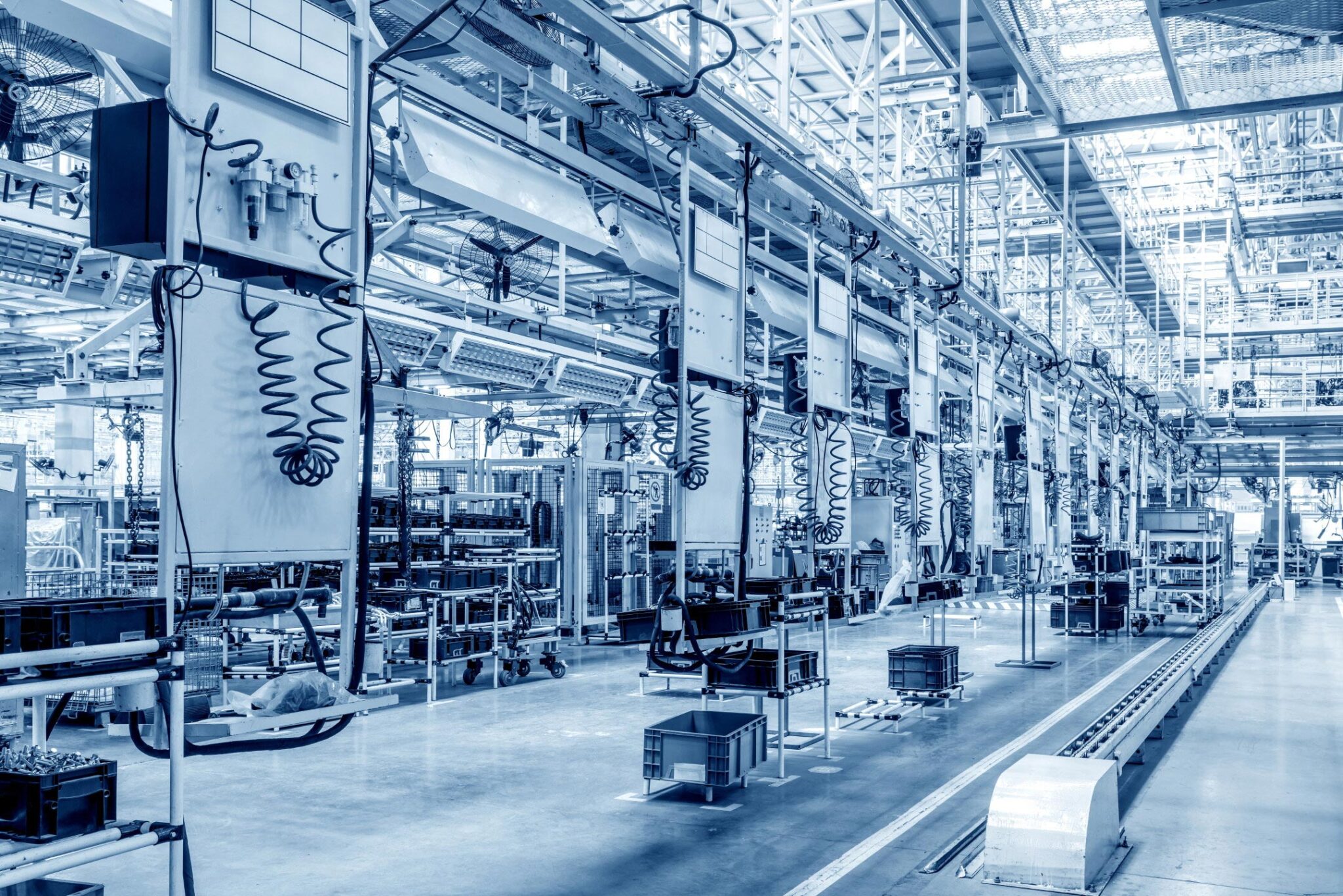 By Technical AdministratorБез рубрики
No Comments

Simulation models of discrete manufacturing allow making decisions on operational improvements, forecasting an enterprise operation in accordance with changes in order structure and planning fixed assets investments on a reasonable basis. Our experience shows that adequate simulation models are impossible without the implementation of production scheduling algorithms when we talk about shipbuilding, heavy engineering and the aerospace industry.

It is the interaction of the simulation model and the scheduler that makes it possible to expand the horizon of checking decisions beyond operational planning: the planning module draws up a long-term work schedule for the enterprise, while the simulation model checks its feasibility and resilience to random factors.

However, this combination has a drawback – simulation modeling is performed strictly after planning, which does not correspond to reality, when rescheduling is performed in case of a significant deviation from the plan or a significant unforeseen event occurrence. The implementation of rescheduling from any state of the simulation model is a separate task that requires special efforts. The solution of this problem can be obtained by so-called “digital twin” – a computer model that represents a real enterprise with a known accuracy; a model suitable for scheduling that takes into account all the factors considered during its creation.

Discrete manufacturing simulation models allow to assess the sustainability of a production system to the influence of random processes [1]. Moreover, simulation models help to assess the workload of work centers without time-consuming calculations using the queueing theory [2], an ultimately, to identify bottlenecks of enterprises. With the help of simulation modeling, it is possible, for example, to check how productivity will change when adding additional units of equipment or changing their schedules, compare the results of production which uses different equipment configurations. Thus, simulation models serve to support decision making in the strategic and medium-term planning of factory shops, enterprises and groups of enterprises.

Despite the obvious advantages of using simulation models, simulation without scheduling is often not sufficient to reproduce real world processes. Consider a small example of the production of an assembly A, consisting of B and C components (Fig. 1).

Fig 1. Composition and technological process chart of the assembly A

4 operations are performed on each of the components, and 2 machines are used – WC1 and WC2. After completing the processing of B and C components, an assembly operation is performed, as a result of which the ready-assembled product A is created.

Fig. 2 shows the result of simulation without preliminary scheduling. The start date of the assembly A production is calculated in the simulation model based on the maximum duration of operations among all possible work centers with all possible operating modes. As a result, a queue of operations is generated for each work center. With this approach, a relatively long O-15 operation on C-component is received by the machine 2 at the beginning of the simulation, and B-component is put into production only after its completion. The example shows that each of the machines was idle for a long time waiting at different time periods.

Fig 2. Example of simulation without scheduling

To create a time slack when calculating the production start date, a time buffer can be used, which is added to the duration of the operations and creates a time slack for performing the operation. But due to the complexity of processing routes, mutual dependencies of assemblies and a large number of operations, it is almost impossible to find the correct values of time buffers for each operation, even with a large number of simulation experiments.

Figure 3 shows the simulation result of the same scenario, but using a plan prepared in advance by the scheduling module. The scheduling module algorithm calculates different options for the sequence of operations and selects the one that reduces the duration of the production cycle. In the result there is a plan in which some operations are performed in parallel, and the total downtime of both machines is significantly reduced.

Thus, the use of scheduling makes it possible to increase the adequacy of simulation modeling, to bring modeling closer to the processes occurring in real production, and to avoid unrealistic and obviously inefficient modeling of production processes.

Even if an ideal production plan is used at the beginning of the simulation, in reality deviations from the plan can occur very quickly. For instance, a work center performing operations may run out of order for an extended period of time, say for a work shift. In reality, assemblies that, according to the plan, should be processed on this work center, will be redirected to alternative work centers. In a simulation model that follows the plan, this will not happen and there will be a delay in the production of the planned assemblies. To reduce the influence of such random factors a certain time buffer can be applied, and assemblies can be put into production a little earlier than planned by the scheduler. But this will lead to the accumulation of work-in-progress stocks and will not reduce the deviation of the model’s behavior from the real-world processes. Therefore, in addition to planning, it is necessary to implement rescheduling, which will rebuild the previously scheduled plan based on the changed production conditions.
Fig 4 shows an example of modeling a plan with and without rescheduling in case of a breakdown in the work center.

Fig. 4. Example of modeling without and with rescheduling

In the example with rescheduling following an emergency downtime of WC-1, the final operation O-17 on assembly C and the assembling operation O-9 are transferred to the alternative machine of WC-3, so that the final product A is being produced without delay from the production plan.
The application of rescheduling will require taking into account a much larger amount of data on the intermediate state of the production system [3]. More specifically, the rescheduling requires information on the following: which operations have already begun and at which work centers, over what time the operations will be completed, where the assemblies transported from one work center to another for subsequent processing are, which purchased assemblies and in what quantity have already been ordered and are on the way, when they are expected, etc. But without rescheduling there is no sense trying to bring the simulation closer to reality. Therefore, in order to fully utilize all the possibilities of discrete-event simulation, it is necessary to implement rescheduling on top of just scheduling.

The term “digital twin” is ambiguous. With regard to any complex system, such as a manufacturing enterprise, we can talk about several digital twins, depending on the purpose of their creation. For example, the construction of a new plant will require a digital twin to be different from the one that is appropriate for production planning. In this paper, we discuss a digital twin created for the purposes of dynamic operational production management. To our mind, the most effective way to build such a digital twin is to use simulation modeling. When choosing and justifying the need for purchasing certain machines, a simulation model is used. To check the feasibility of complex production programs, consisting of different assemblies with different processing routes, a scheduler is needed that will allow to estimate the load on different machines. A rescheduling logic is needed to take into account the reaction to unforeseen events, such as machine breakdowns or delays in the supply of components. Everything mentioned above makes up a “digital twin” that is suitable for simulation management of a manufacturing enterprise.

Review a demonstration, request a demo, or contact us

A short overview and demonstration of PlantTwin tool features

Contact us for details or to request a PlantTwin license

A short overview and demonstration of PlantTwin tool features

Contact us for details or to request a PlantTwin license